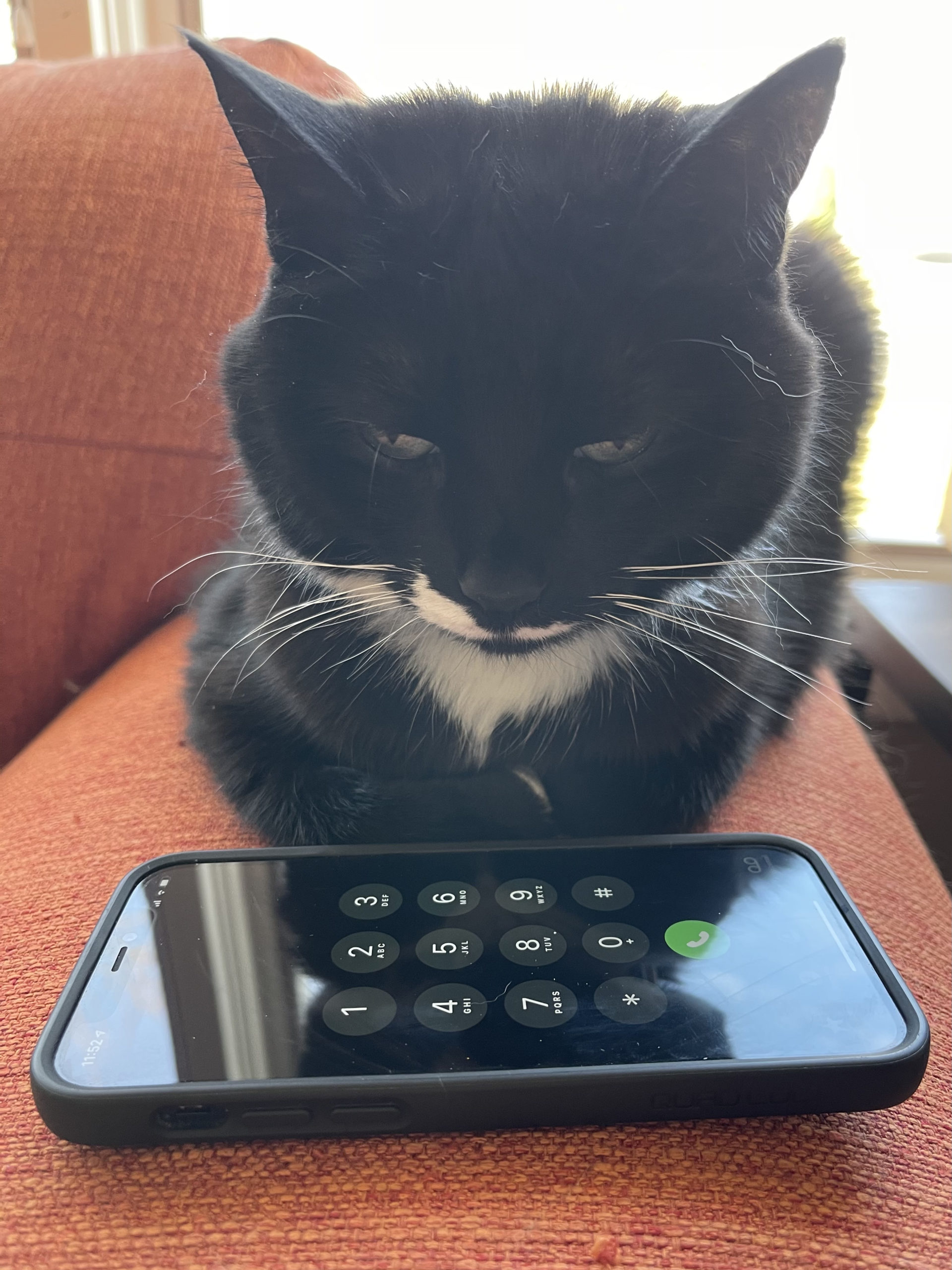 Every wonder what your cat is thinking?  Perhaps it’s more of a constant “what are you thinking?” as you witness a curious behavior!  As cat owners, I think we’ve all been there.  After a lifetime of living with cats, I thought maybe I could finally get an answer to some of my questions and decided to reach out to an animal communicator.  Whether you believe in this or not, I thought at the very least, it could be fun.

First, a little background on my cat family.  I have three cats; Tinkerbell an 11 year old female, Tidbit a 9 year old female and Gherkin a 4 year old male.  Each one of my kitties is a rescue and I’ve had them all from a young age.  So overall, they’ve had a very stable (and comfortable) life.  Sometimes it seems like they do like each other, then times that I’ve convinced they really dislike each other.  On top of my perceived  mix messages, I have a host of other questions:

I knew what I would ask, next I had to figure out who I would ask.  Since this field of work is a little, unstructured lets say, I didn’t want to just use a name I found when I searched “animal communicator” on Google.  I wanted recommendations from people that had good experiences with animal communicators.  So I posted on one of my cat groups on Facebook, asking to hear about people’s experiences and asking for recommendations.  People were happy to share their experiences and referrals.  I ended up with a list of 5 names to choose from!  Honestly, I just chose the first referral from the post.  I made the appointment then had to wait for it.

How The Call Is Structured

I read through her website and the registration emails, a couple disclaimers;

The call is structured that I am to call the communicator at my appointment time and that I give the name, age and color description of the cat I would like to discuss.

I thought the animal communicator was right on with each of their personalities, she picked up on each of their energies perfectly.  She even said “Gherkin hasn’t jumped in on the conversation yet….” which was interesting because he was sleeping next to me when she said that.  Eventually he woke up and jumped in.  It was interesting when she spoke about Tidbit not acknowledging any other people in the house, she doesn’t like anyone touching her except me and is quick to run away from anyone but me.  It’s also no surprise that she said Tinkerbell is the boss and said that it’s like the other cats have to ask her for permission!

This is something to consider if you’re having questions or issues with your cat that you can’t figure out.  I will try other animal communicators to compare and contrast the experiences.  I thought the conversation was entertaining and did offer some insight into what is going on in each cat’s pretty little heads!